From Janitor to CEO: The Rise of Richard Montanez and the Birth of Hot Cheetos 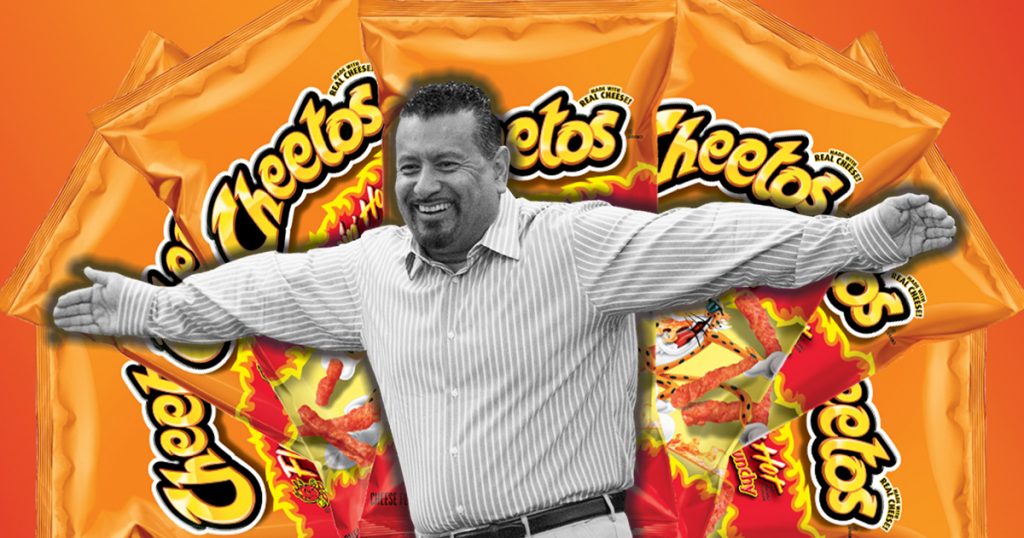 In the early 1990s, Richard Montanez was working as a janitor at a Frito-Lay factory in California. Despite not having a college degree or any formal training in food science, Montanez had a passion for creating new flavors and experimenting with different ingredients.

One day, while eating a bag of regular Cheetos, Montanez had an idea. He wanted to create a new flavor of chips using his Mexican heritage as inspiration. He mixed together red chili powder, lime juice, and other spices to create a fiery seasoning for the chips.

Richard Montanez then took his homemade seasoning to his supervisor, who was impressed by the flavor and suggested he pitch it to the company’s executives. Montanez took the chance and presented his idea to the Frito-Lay executives, who loved it and decided to give it a try.

They named the chips “Flamin’ Hot Cheetos” and released them to the market. The chips quickly became a hit, with fans all over the country loving the spicy, bold flavor. Montanez’s idea had turned into a nationwide sensation, and he became known as the creator of one of the most popular snack foods in America.

Montanez’s story is an inspiring one, showing how anyone can turn their ideas into reality with hard work and determination. It’s a reminder that no matter where you come from or what your background is, you can achieve great things if you believe in yourself.